My life has been dominated by pachyderms of late because I’ve spent the last two and a half weeks  in Thailand. In late December, I visited real elephants for the first time at Elephant Jungle Sanctuary outside of Chiang Mai,  where I had one of the best days in recent memory. Instead of the traditional elephant ride, we started the trip by feeding the elephants bananas and sugarcane, gave them a “mud spa”, and then rinsed off in the river. Elephants are basically big dogs – they’re extremely social, friendly with humans, frequently covered in dirt and the younger ones… well, they don’t yet have fine-tuned motor control.

Elephants are considered good luck in Thailand, so if you visit you’re sure to be bombarded by megafaunal iconography. Elephants abound, represented on t-shirts, pants, and pillowcases, and replicated in amulets, statues and jewelry. However, my favorite instantiation of the elephant motif was found at Asiatique, a riverfront area of shops and restaurants in Central Bangkok that is swarming with tourists. 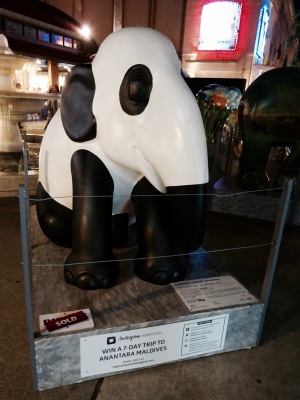 This year Asiatique is playing host to an “Elephant Parade” of 88 hand-painted elephants that are being auctioned off to raise money for The Golden Triangle Elephant Foundation. Perusing the shops and food stands, you run into elephants at every turn. Unsurprisingly, my favorite was called “Nicha.” 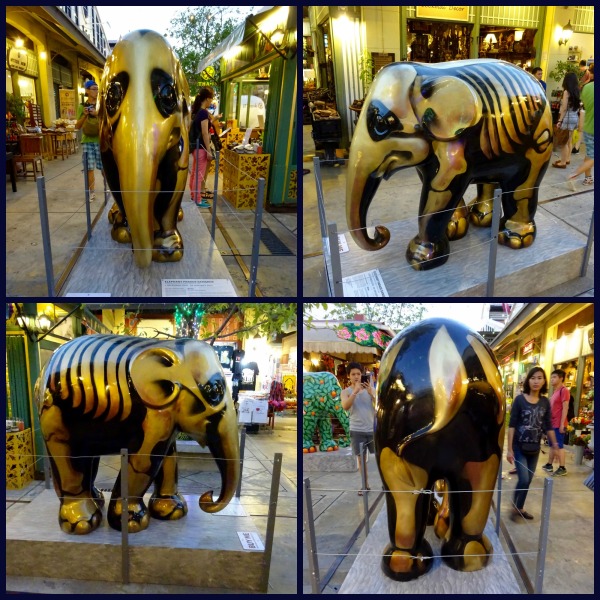 The artist drew inspiration from elephant anatomy when creating the piece. Some of the anatomy is a little off (elephants do not have massive, bony ears, for example):

However, I like the thought of being inspired by how bones “hold animals up,” especially animals as large as elephants.

Also, I’ve realized that it reminds me of some of the trippy elephants from the dream sequences in Dumbo, a movie I otherwise haven’t thought about in a good decade and a half.

Hopefully, the combination of bones and elephants will bring me luck in the New Year. Has anyone else found any skeletally-themed animal artwork that they find particularly impressive? If so, feel free to share in the comments!