Workshop on Entheseal Changes at the University of Sheffield

The first week of November was rough. I came down with a virulent strain of English cold that involved sleeping poorly, mild fever, a runny nose, congestion, a hacking cough, and remarkably low energy levels.

Me trying to get myself to do work last week

Of course, the first week of November was also when I had elected to embark on my inaugural visit to “the north” and attend a workshop at the University of Sheffield. The workshop was focused on scoring entheseal changes. Entheses (singular: enthesis) are attachment sites of musculoskeletal soft tissue (i.e. tendons, ligaments, muscles, joint capsules, and nail beds). Entheseal changes, therefore, are any deviation from normal entheseal anatomy.

I was curious about learning a new scoring method because bioarchaeologists have used entheses to explore differences in activity between groups, between populations, and over time, though the correlations between activity and specific entheseal changes are still contentious. Katy Meyers Emery has a helpful run-down of this topic on Bones Don’t Lie if you’re looking for more detail about recent research and current debates.

Fortunately, I already knew someone at Sheffield, a PhD student named Resa Nelson who I’d met at Pitt while she was getting her master’s. She offered to put me up for two nights, though I did have to put up with her weird little roommates as part of the bargain: 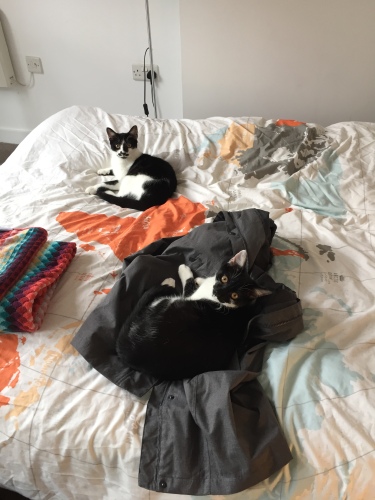 Unfortunately, when I arrived I was too groggy, sleep deprived, and congested  to do any of the sight-seeing I’d been planning on. Instead, I had to content myself with viewing some awesome street murals on my way out of the train station,

After a mere thirty minutes outside of the apartment, I retired for an evening of Netflix, soup, and about eighteen cups of herbal tea. Fortunately, I had most of the morning to recuperate before heading to the workshop itself.

Over the course of the lectures, Henderson emphasized that while entheses are often touted as being a method with which to study activity-related stress and to identity specific types of activity in the past (e.g. weaving, praying, grinding, archery, throwing), there are no definite links between entheseal changes and muscle use. There has been some recent research using anatomical cadavers to define the boundaries of specific entheseal sites, but the meaning of entheseal changes themselves is far more ambiguous. Entheses are affected by a slew of variables, including:

Unfortunately, entheseal changes also don’t correlate with the cross-sectional geometry of long bones, which is another method that bioarchaeologists use to understand activity patterns. Henderson underscored that one approach to mitigate some of these etiological issues is to examine intra-individual asymmetry in entheseal changes. She indicated that the utility of the method is in its ability to identity activity changes using big data, for example, comparing hunter-gatherers and agriculturalists over the course of the agricultural transition. Henderson highlighted the new Coimbra method as having been developed to understand (1) what’s causing these changes, and (2) have a standard system developed out of clinical literature.

Me in the throes of my disgusting cold, attempting to interact with the other workshop participants.

For the next part of the workshop, we broke into  small groups to practice scoring entheseal changes, focusing on the attachment site for the subcscapularis m. (proximal humerus), and biceps brachii m. (proximal radius). Each enthesis was divided into two zones. For Zone 1, we scored bone formation and erosion. For Zone 2, we scored textural change, bone formation, erosion, fine porosity, macro-porosity, and cavitation. We started out using trays of labelled bones that had already been scored previously, with an Excel spreadsheet containing each of the scores projected onto the screen so that we could check our assessments.

As with most other qualitative visual scoring systems (e.g. scoring the pubic symphsis or auricular surface), it took awhile to get the hang of the new Coimbra method. I wound up talking through many of my decisions with other people at my table, and Charlotte helpfully came by every so often to help us navigate the particulars of scoring a specific bone. What became clear is that in order to score these entheseal sites rigorously you need to deeply understand the parameters of the ‘normal’ morphology for each area to distinguish regular variation from true entheseal changes.

I doubt I’ll use the method myself, both because two hours was an insufficient amount of time for me to learn how to confidently score these kinds of changes, and because the material I work with is often so fragmentary that there’s no guarantee you will have a sufficient number of the same anatomical regions preserved to compare entheses across individuals or between burial populations. However, I’d never been taught any entheseal scoring method in the past, and now I feel confident to explain the gist of the method to students.

Charlotte mentioned that one of her aims for running these workshops was to teach the method more widely so that some of those “big data” analyses are possible. In that I think she succeeded, as one of the researchers at my table was a PhD student at UBC who had flown all the way from Vancouver just for the workshop. 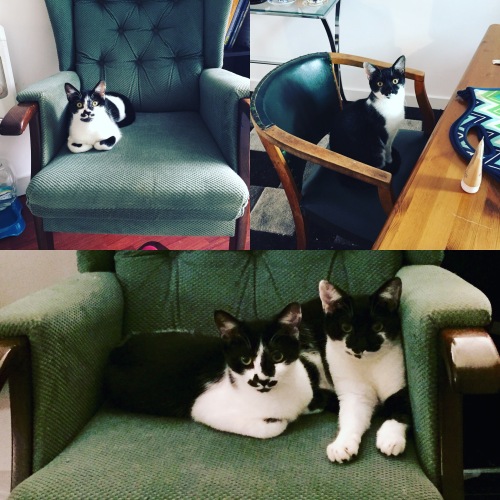 Overall I found the trip highly informative. It illustrated some of the differences between the detailed methodological focus of many UK osteoarchaeologists relative to the broader and explicitly anthropological approach taken by US bioarchaeologists. I’ll be keeping my eye on the entheseal literature over the next few years in the hope that clinical soft tissue studies reveal more definitive etiological links between muscle use, activity, and entheseal changes. I’ll also be on the lookout for some of those ‘big data’ papers that Charlotte referenced. Until then, it’s time to celebrate my recovery with some of the local beverages I brought back from Moor Market!

This entry was posted in Bioarchaeology, Travel and tagged Coimbra method, Entheseal Changes, Entheses, University of Sheffield. Bookmark the permalink.