This is the view currently visible outside of my window:

For a variety of reasons, I’m spending a few months in a city that is, quite appropriately, locally dubbed “The White Grave”. What with the weather and the monotonous slog that is the second chapter of my dissertation, lately I’ve spent a lot of time fondly reminiscing about the overwhelming heat of Andalucían summers.

Given the blog’s recent focus on identifying and siding parietal bones, my Spanish daydreams reminded me that there’s an Osteology Everywhere post I’ve been meaning to put up for quite awhile. So in the spirit of sharing memories of summer given the particularly inclement weather everyone appears to be having this week, here are some photos of Spain.

The Vía Verde is a system of walking paths that snake across various provinces in Andalucía, including Córdoba, Seville and Cádiz. There are also a number of treks  that run through central and northern Spain as well, all of which are run by the Fundación de los Ferrocarriles Españoles (Spanish Railway Foundation), since all of these pedesterian and cycling paths are converted railway lines. The route just outside of Jaén starts in the Fuentezuelas neighborhood and runs some 55km southwest across the province. Given the preponderance of olive trees in the local landscape, it is appropriately named the Via Verde del Aceite, as aceite means oil and Jaén is one of the largest producers of olive oil in Spain.

This past summer I’d usually head out along the Via Verde on my off-day, leaving in the mid-morning before the temperatures hit their customary high 30 zenith, and revelling in the chance to be outdoors. However, as was customary with my summer, I couldn’t always escape osteology. Taking a look at the pavement that lined the start of the trail, I was immediately reminded of mengingeal grooves, the reticulated channels that line the endocranial surface of the parietals to make space for the mengingeal arteries. 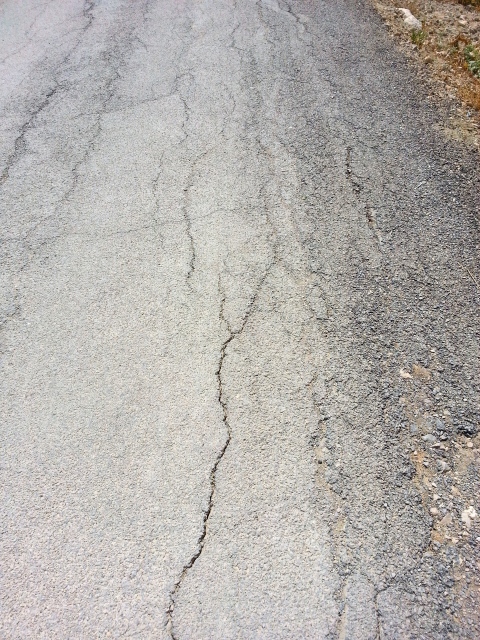 Alright. That particularly nerdy note concludes our series on the parietals. Stay warm and have a good weekend everybody!