What I’m Up to this Year: Marie Skłodowska-Curie Postdoc at Cambridge

The beginning of the academic year has no doubt brought with it many questions, such as “Why are there no new osteological posts on Bone Broke?”, “What has Jess been up to?”, “Why on earth is it so hot in October?”

A generally accurate depiction of the answer to the second question, regardless of season or institutional affiliation.

I can help you with answers to the first two questions. For the third one, you’ll have to look further afield.

There’s been radio silence on the blog for the last month and a half because I was grappling with a trans-Atlantic move that left little time or energy for light-hearted posts about the cuboid. For some reason, applying for a visa, attending a biometric appointment, finding a place to live while still in the US, booking my travel, figuring out how to transport bone samples to the UK, and packing for two years, ate up all of my time. However, in the end it was worth it, because I now get to spend two years at the University of Cambridge as a Marie Skłodowska-Curie European Fellow.

I took this picture myself. ON A BOAT!

The fellowship gives me two years to focus entirely on my research. What that means in practice is that I have the time and institutional support to get our MARBAL project in Romania off the ground, while also publishing, attending conferences, conducting outreach, and interacting with one of the largest communities of archaeological scholars in Europe.

I have now been here for exactly three weeks, and I’m already floored by the archaeological social networks in place at Cambridge. My postdoctoral advisor/mentor/collaborator/insert appropriate role here is John Robb, a fellow bioarchaeologist and European prehistorian. My incoming postdoctoral cohort includes MSCA postdoc Laerke Recht, who is working on human and equid (horse, donkeys, etc.) relationships in the ancient Near East, and Renfrew postdoc Erik Gjesfjeld, who explores big data approaches to investigating material culture and resilience in past societies. This is also the first time I’ve been at an institution with this many bioarchaeologists*, including scholars such as Sarah Inskip, who is analyzing a large sample of medieval skeletons as part of the After the Plague project, and Alexandra Ion, who is also a bioarchaeologist working in Eastern Europe. We’re already talking about starting a bioarchaeology reading group, an endeavour I’m very excited about. My current pitch is that we call ourselves BONES – “Bioarchaeology & Osteology: Novel ExchangeS –  but we’ll see what else the other participants come up with.

After several people recommending that I affiliate myself with a college in order to fully immerse myself in the the “Cambridge”experience, I applied for postdoctoral research associate positions at a number of colleges. Happily, I was offered a by-fellowship at Churchill. Dating to 1960, Churchill is one of the younger and, rumour has it, more relaxed colleges at the university. 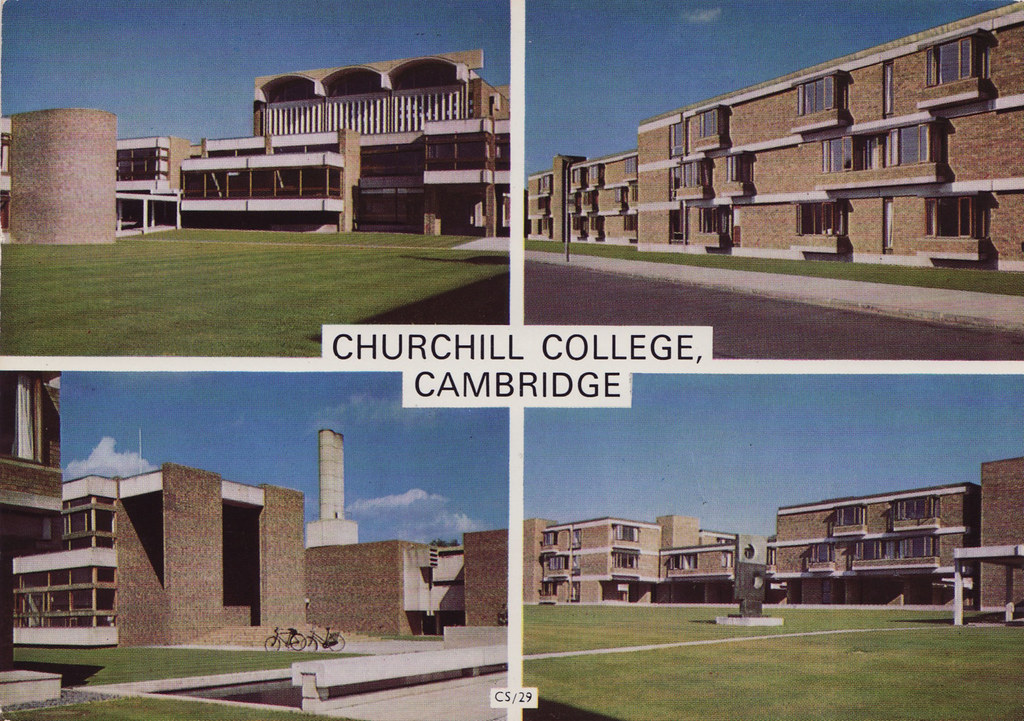 What this really means is that I get to eat at the fancy high table dinners in Harry Potter robes**.

Unwisely, Churchill has agreed to provide me free food three times a week in exchange for my sparkling wit(?) and cheery personality(?). I don’t think they’ve realized how just how much I can eat.

The college that will serve miniature bacon-wrapped hotdogs is undoubtedly the right college for me.

Because Cambridge is such a unique, strange, and wonderful environment, I plan to write few posts this year describing some of my experiences, focusing on what it’s like to integrate into the city, the university, and the college-system as an American archaeologist. If any readers have specific questions, let me know!

* Here they are called “osteoarchaeologists”, a terminological shift I am struggling with because I am ever a creature of habit.

**These are technically called “gowns.” I have already been corrected about my sartorial taxonomy. And what fork to use. And when to pass the butter. It’s going to be a steep learning curve.

Image Credits: Photo of a kindred spirit asleep on the couch found here. I would give credit to the photographer but I am struggling to read the copyright text. Old school post-card of Churchill found on flickr, here.

2 Responses to What I’m Up to this Year: Marie Skłodowska-Curie Postdoc at Cambridge