This past weekend I found myself on the world’s longest flight – 15 hours and 10 minutes from New York to Taipei. It’s a staggering amount of time to sit in one place, and for me it was part of a longer 32 hour journey (taxi –> train –> shuttle –> plane –> plane –> car) from upstate New York to Bangkok. As a result of the lengthy voyage, I desperately needed to distract myself from the bar at the bottom of the flight map showing the amount of time remaining on my trip. It was also imperative for me to try to forget how long it had been since I’d had a shower. 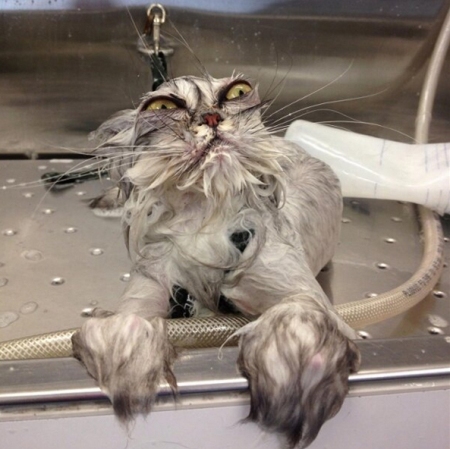 Me after 32 hours of travel

Mysteriously my seat mates were both able to focus on work for extended periods of time, but the many charms of Iberian Copper Age enclosure sites were unable to hold my attention in my sleep-deprived and travel-weary state. So, as is my wont on such ventures when I have given up all hope of being productive, I watched movies.

Suicide Squad, the latest attempt by DC Comics to challenge the Marvel Universe’s iron grip on the American comic book box office, was released this past summer to commercial success and excoriating critical reviews. I was not particularly hopeful that this would be a ground-breaking cinematic experience, but the cast contained a few standouts, particularly Viola Davis (who I know from her tour-de-force performances in the Shonda Rhimes oeuvre) and Joel “Yo Linden” Kinnaman (who was excellent in The Killing). I decided to give it a shot.

The plot, a word that should be used very loosely when describing this film, centers around a rag-tag band of criminals and “meta-humans,” who are called up by the U.S. government to defend the country against supernatural threats. Intelligence officer Amanda Waller preferentially recruits her task force from the dregs of Belle Reve Penitentiary, which includes former assassin Deadshot (Will Smith), unstable psychiatrist Harley Quinn (Margot Robbie), pyrokinetic former gang leader El Diablo (Jay Hernandez), and archaeologist turned possessed witch Dr. June Moone (Cara Delevignne).

A few thoughts about the field of archaeology, as represented in this film.

1. Cara Delevingne plays Dr. June Moone. The constant emphasis on title (see below) underscores that Moone is not only an archaeologist, but a woman with a doctorate in the field (Trowel Blazers, take note). Delevingne was 23 when Suicide Squad was filmed, her youth emphasized by her massively neotenous eyes and delicate facial structure. If we allow for an accelerated 3-year progress through an undergraduate degree, and if we are remarkably generous about time-to-PhD in American anthropology programs, it would still have taken her at least eight years to get a bachelor’s and a PhD. All told, this  means that June Moone would have started her college career at the ripe old age of 15. Precocious much?

To be fair, Suicide Squad is not the only fictional enterprise guilty of such accelerated educational trajectories. I’m looking at you, Michael Crichton.

In the early pages of Jurassic Park, we establish that Ellie Sattler is twenty-four… 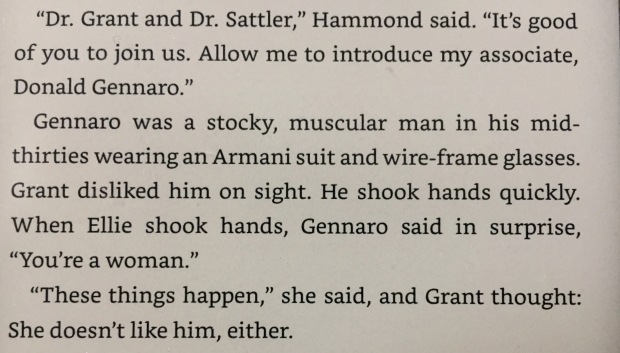 …and already has her doctorate. However, Crichton also correctly identifies the sexist assumptions that plague women in STEM fields, so bonus points.

2. We are first introduced to Dr. Moone as she is tromping through thick jungle, peering out through a break in the vegetation to witness a ruined temple rising up through the thick foliage.

I was immediately curious about the circumstances surrounding Dr. Moone’s visit to this particular archaeological site. This is what we colloquially refer to in archaeology as a “big ass temple.” The building is clearly visible and not covered by vegetation, so it should be a well-known feature of the local landscape. Archaeologists don’t operate in a social vacuum, and frequently hire locals from the region they’re investigating to work on their projects. Anyone living in this area would have known that there was a massive temple sitting out in the midst of the forest. Even if it was covered by the jungle, it’s still possible for archaeologists to use techniques like LIDAR to uncover archaeological sites that have been swallowed up by dense forest (though I suppose you’d have to know where to start surveying in order to identify the sites). I am perplexed by why Dr. Moone is surveying on foot, alone, if the location of this architectural monstrosity was likely known in advance.

3. Speaking of Dr. Moone’s curiously isolationist fieldwork, in the next scene she is shown rappelling down into the cave. Alone. Presumably without telling anyone where she is, since this purportedly marks the discovery of this heretofore hidden archaeological site.

Dr. Moone’s spelunking skills are emphasized in Suicide Squad promotional photos like this one, where we see her decked out in a climbing harness and head lamp. 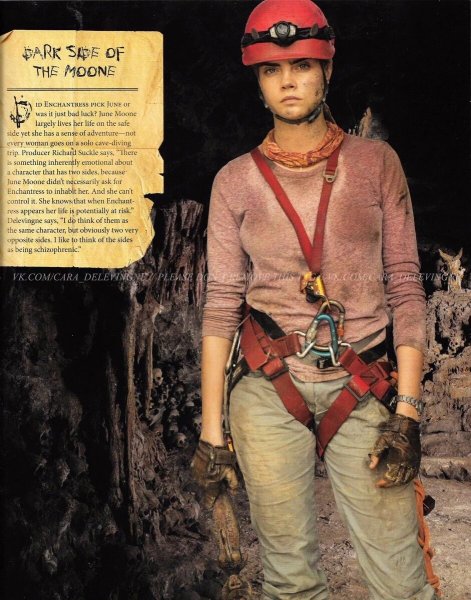 Now, I’m not contesting that archaeologists sometimes need to rappel into sites. In 2008 I worked on a field project in Jordan in which we rappeled into a sinkhole  in order to conduct taphonomic research on the local palaeoenvironment. However, in that instance there were always at least 3-4 people on site. Which prompts me to ask Dr. Moone:

What are you doing rappeling into an unexplored archaeological site alone? GIRL, WHERE IS YOUR FIELD CREW?!? What are you going to do if you break your ankle?

4.  Once Dr. Moone lands in the depths of the cavernous temple, she discovers a massive ossuary with some sort of associated ritual shrine.

The shrine contains all sorts of fascinating anthropomorphic artifacts, which she investigates…

…by picking them up and immediately breaking them. I understand that accidents happen, but archaeologists are generally pretty careful around artifacts, especially unique and beautifully crafted anthropomorphic idols that would likely warrant a full publication in Latin American Antiquity. If you’re going to be that cavalier about keeping your artifacts in situ, then maybe you deserve supernatural possession.

5. At an early point in the movie, Dr. Moone arrives at a White House conference room to participate in a high-level intelligence briefing. This is one of the aspects of academic archaeology that Suicide Squad absolutely nailed. Uncomfortable, ill-fitting suit? Check. Awkward yet professional hairstyle? Check. Business glasses? Check. Dr. Moone is clearly wearing her conference outfit to visit the White House.

6. There are a number of scenes in which we see the Enchantress gallivanting about, acting creepy as all get out in all manner of locations, including a hotel bedroom: 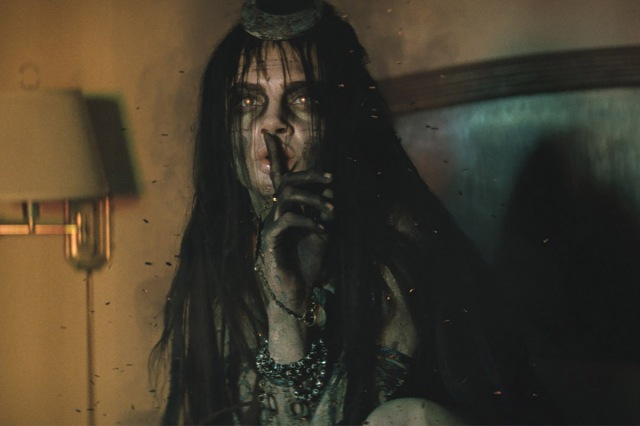 and an old-timey bathtub.

The level of filth represented here is 100%  accurate, archaeologically speaking. The Enchantress’ hands look like she’s spent a lot of time screening on a muddy day, while the darkened bath water is a familiar sight to any archaeologist who has attempted to dislodge some of their protective dirt exoskeleton after a day in the field.

That feeling when you realize that no matter how long your shower, you’ll never remove all of the dirt.

7. Finally, yes, archaeologists do use scales when we take pictures of things. Well done, Suicide Squad.